If you have a query with regard to projected advertising then please call us to discuss your ideas. We have a range of equipment available to suit different budgets. The oldest photos on this page were of images projected using projectors of 15000 lumens and they have been superceded by progressively brighter models. 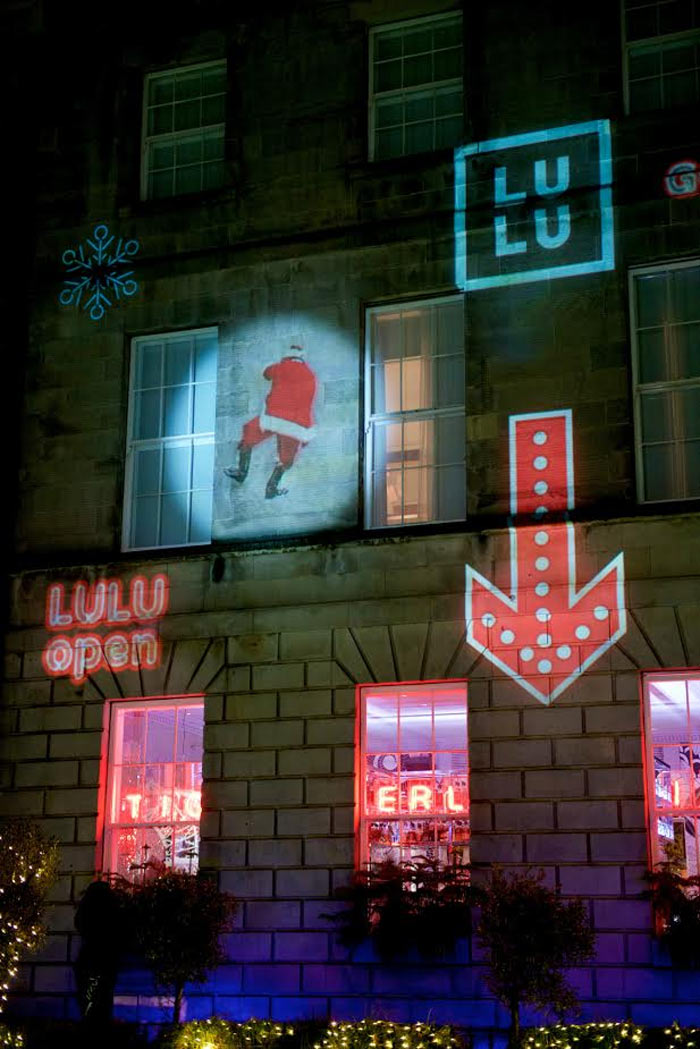 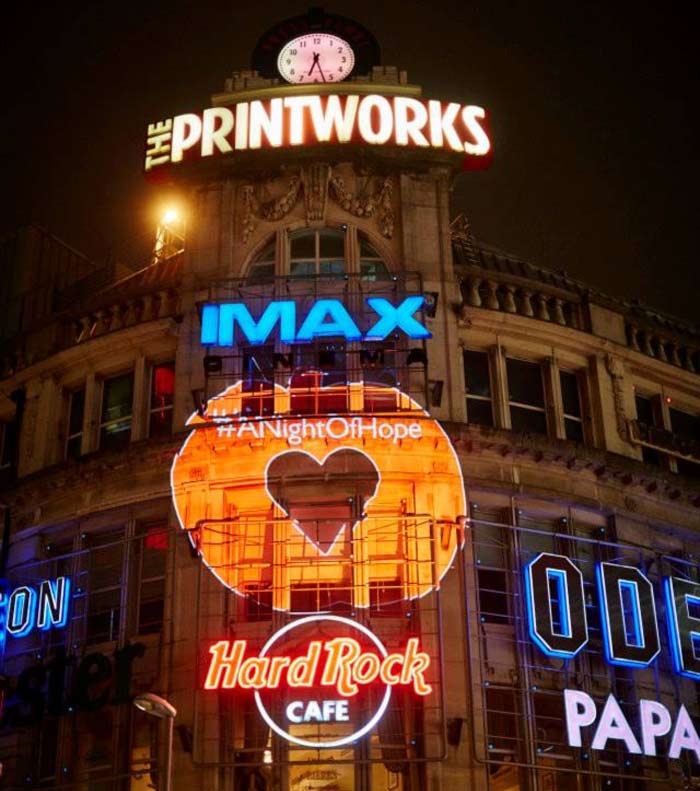 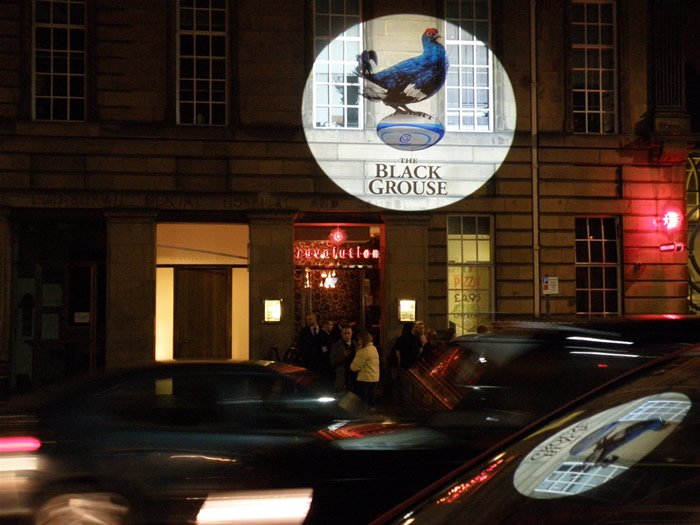 Projected image on Chambers St, opposite the Museum. 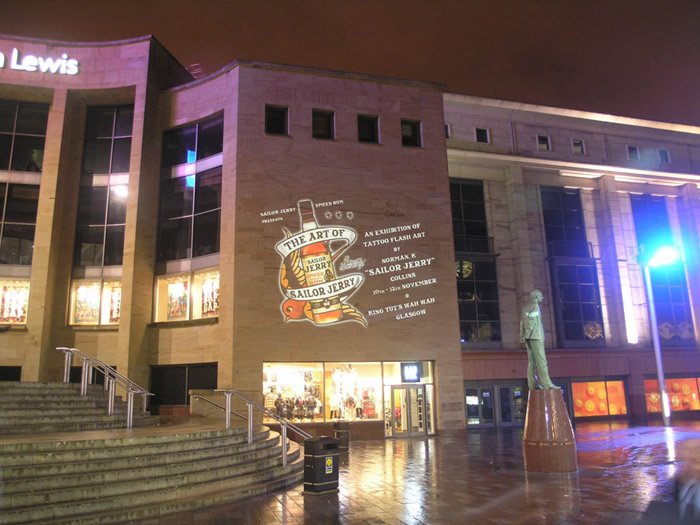 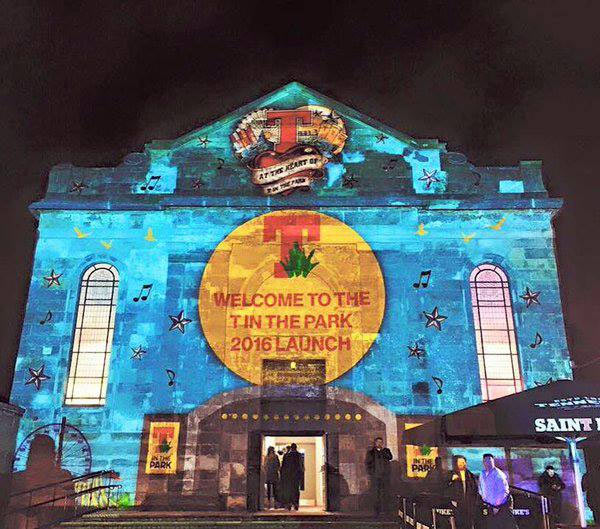 St Lukes, Glasgow. The whole facade of the building became the projection surface for the evening.

A long shot onto Salisbury Crags that caught the perfect dusk condition. The people on top of the cliffs give scale.

Projected logo onto the Edinburgh Castle, you can see the projector sited on the red van, and some passers by stopped to have a look.

A large logo projection which was installed for several weeks. 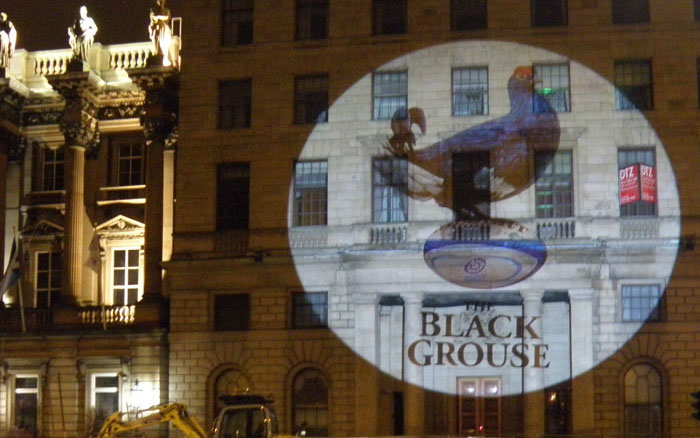 A giant logo projected onto a historic building in Edinburghs' St Andrew Square. 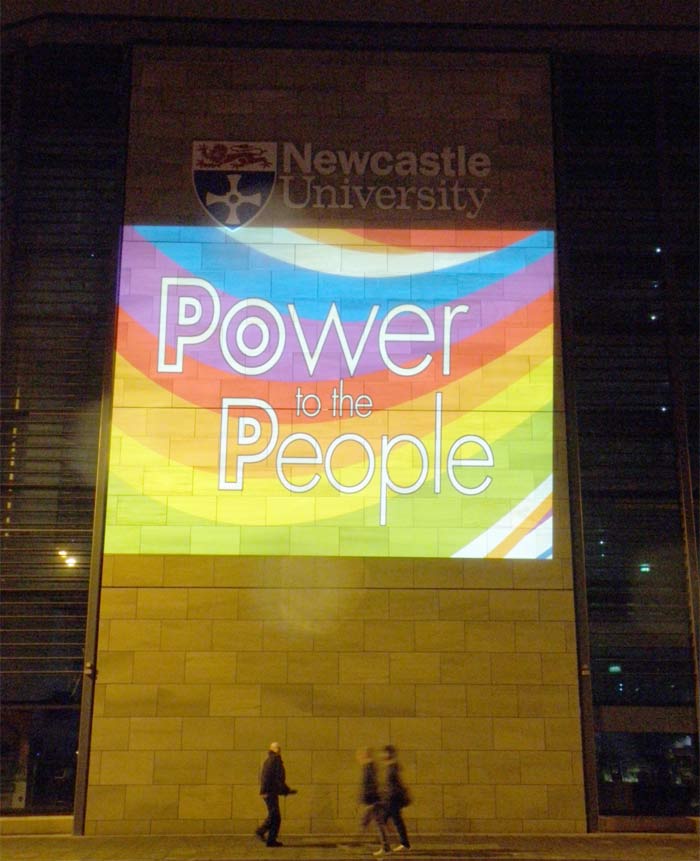 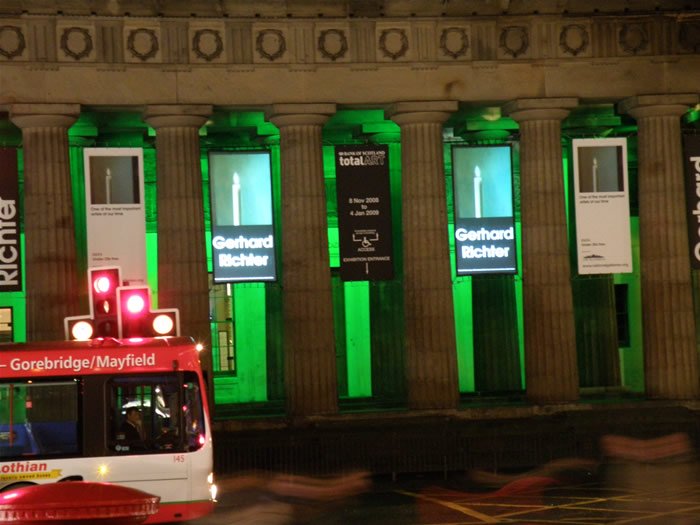 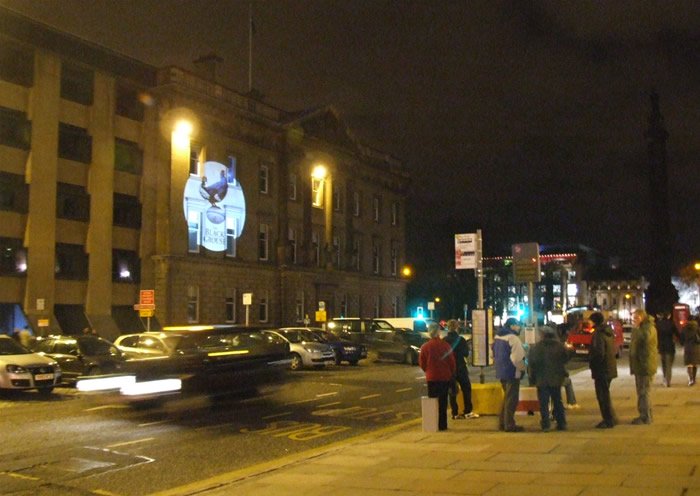 A distance shot of the projection gives an indication of how bright the image actually is. 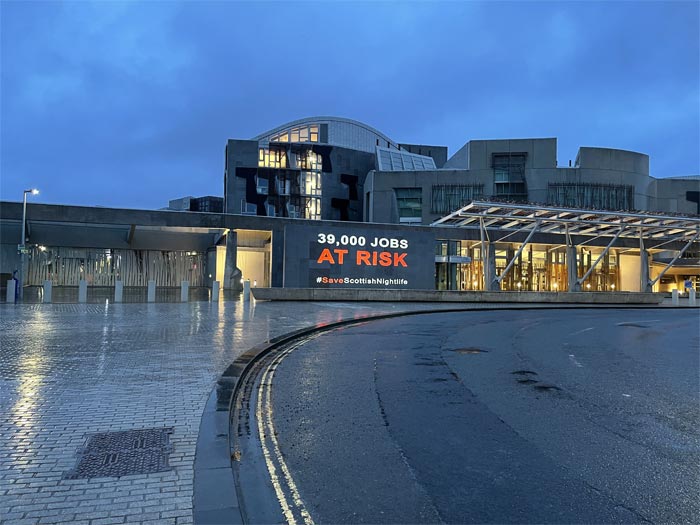 A campaign message projected onto the Scottish Parliament building.

A cheeky shot onto the Scottish Parliament landmark building. It's not an ideal projection site but it is a landmark.

Another shot of the logo on Edinburgh castle, projected from the red van. This was an eye catching site and many passers by stopped to look and take photos.

This shot was of Arthurs Seat. As it's completely black you can't get an idea of the scale but it was about 10m across and highly visible to passing traffic. 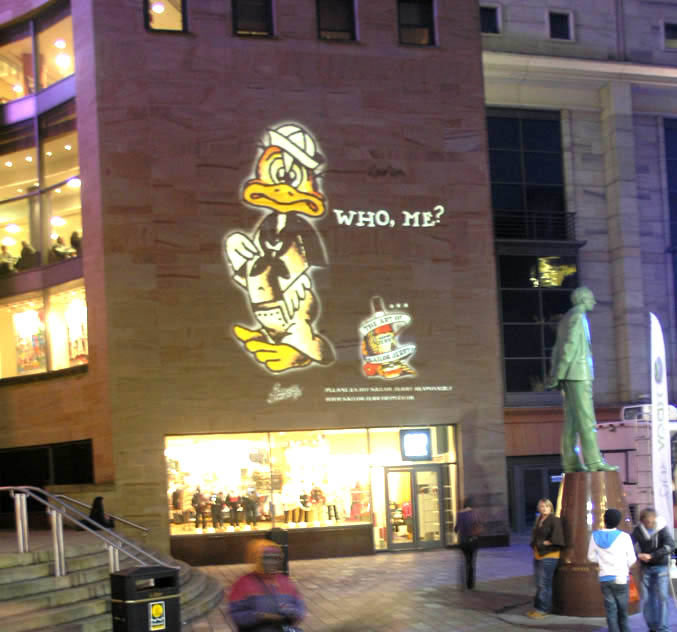 Another in the series of giant projected fliers in central Glasgow. This was a great site with high footfall and a perfect flat projection surface. 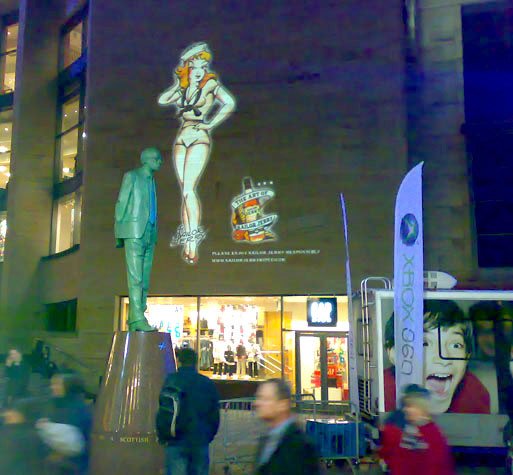 The van was parked on a main thoroughfare for a busy Saturday and Sunday.

“Our hire stock includes a large number of Brightsign media players that can function as standalone units, or be setup with network synchronisation, user interaction, scheduled programme playback and many more functions. We can pre-programme systems prior to delivery or set them for simple playback, achievable by overwriting files on the storage media“